Recently an activist stated that FWC does not kill bears.  How bazaar coming from a bear activist who has been involved in stopping the bear hunts.   Anyone can request these records from FWC.

To prove my point about FWC killing bears, I am including some images of records sent to me from FWC of the bears that they have killed during 1/11/15 to 4/11/16. These records do not come color-coded. I did that so I could reference certain things more easily. 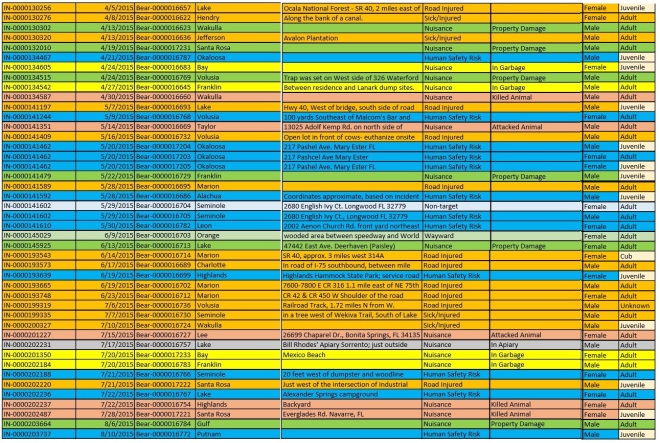 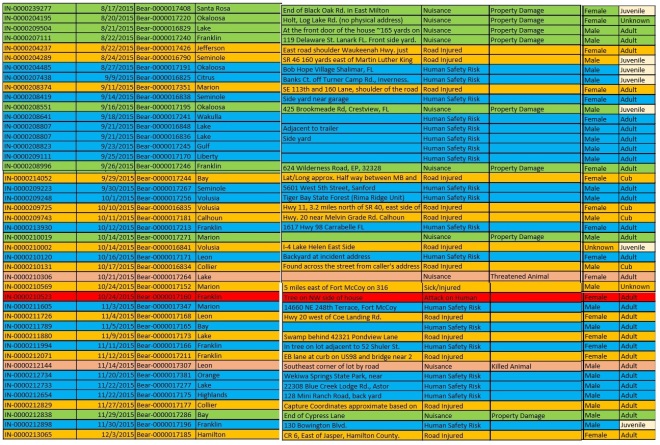 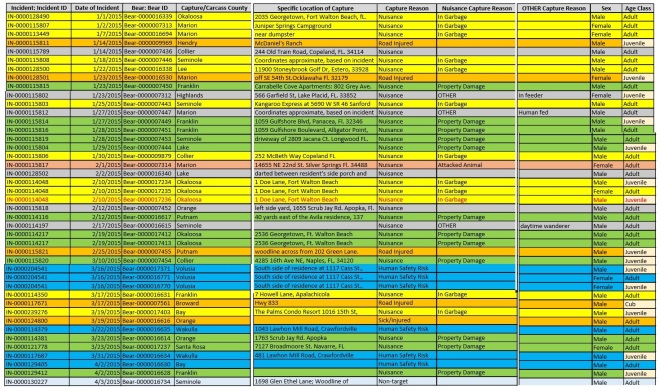 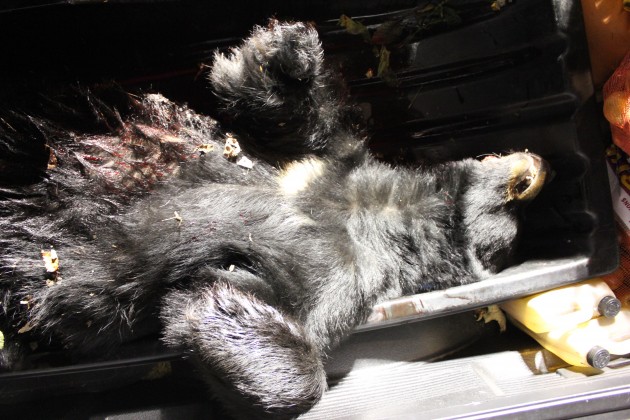 This, sadly, is Pedals.  This is what happened to the beloved bear.  Tell me how this makes sense that his life should have been taken?

Although we cannot tell for sure who killed Pedals, the bi-pedal bear.
There are surely people who know and should be telling. For one,
a person who may not have killed him is catching all the flack, as is
his family and business. Not that this person didn’t set himself up for
this, he did. He bragged about going to kill Pedals for three years and
as the time came closer it got worse. He taunted people who loved
Pedals showing himself to be one sick puppy. Who would set out
to kill a harmless, lame bear who had done no wrong and wouldn’t?
All black bears have been unjustly vilified. But Pedals was lame.

There are those hunters among some ethical ones that give them all
a black eye. It’s the heartless, soulless, trophy, thrill seeking sick
individuals that eat, drink and breathe the blood of an innocent animal.

There are many “game” species that hunters are allowed to hunt and
most go without any complaint. Then there are the magnificent creatures
that nobody should be hunting. And those that are rare, or injured.

Most people take pity on an injured animal and seek to help it. It is a
rare breed that sets out to kill it saying they are putting it out of its misery.

Pedals was surviving quite well. Without the need to be in a sanctuary to
keep it from being murdered, it would have continued to do well.

The world is made of all kinds of people. Some make it better, some make
it worse. I think I can safely say, that the person who killed Pedals is not
making it a better place.